A major exhibition exploring the Scottish Enlightenment, Northern Lights, opens at the National Library of Scotland on Friday 21 June.
The exhibition takes a fresh look at one of the most concentrated periods of intellectual enquiry the world has ever seen, a time when polymaths peer-reviewed, challenged and encouraged one another’s work through the many social networks available to them.
Household names connected with the Scottish Enlightenment such as David Hume and Adam Smith feature in the exhibition, as well as other figures less commonly associated with it such as Robert Burns and James Watt. A rare first edition of Encyclopaedia Britannica will be on display, as will a first edition of Smith’s Wealth of Nations and countless unique manuscripts.

Northern Lights is curated by Robert Betteridge, Curator of 18th Century Printed Collections, and Ralph McLean, Curator of Manuscripts for the Long 18th Century. It explores the Scottish Enlightenment through the display of rare books and manuscripts from 18th Century Scotland, and is grouped into themes: pre-Enlightenment Scotland, moral philosophy and religion, social science and academic innovation, language and literature, art and architecture, science and medicine, and sociability and society.
Northern Lights opens on Friday 21 June and runs until 18 April 2020 at the National Library of Scotland, George IV Bridge, Edinburgh EH1 1EW. Entry is free. 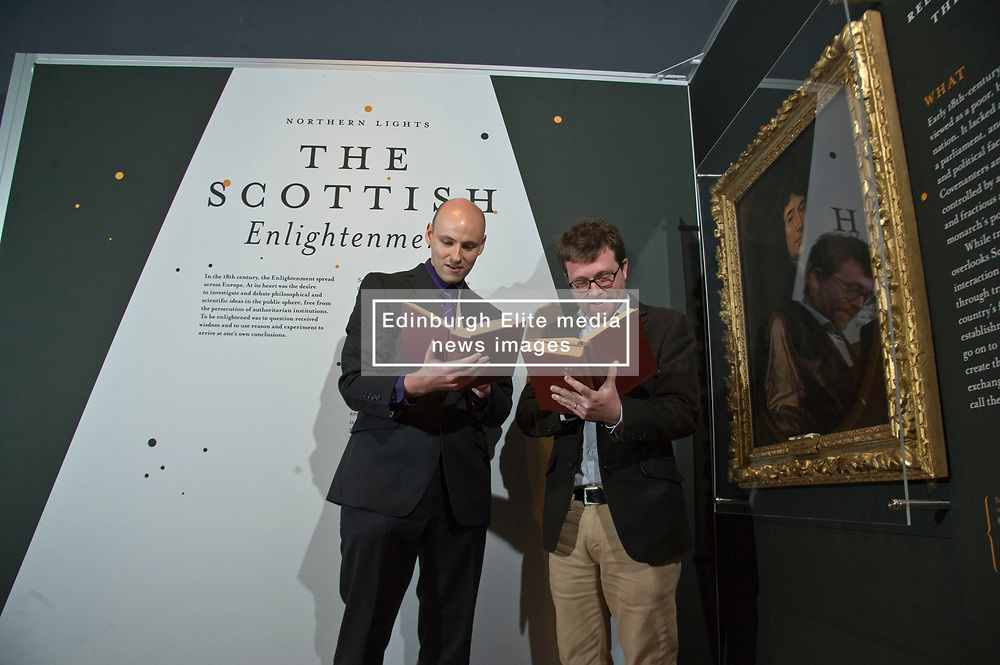